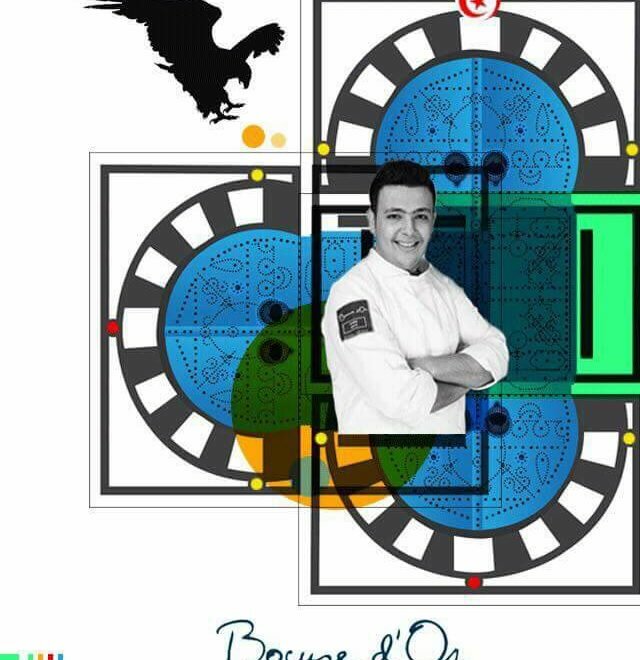 Created in 1987 by Paul Bocuse, the Bocuse d’Or competition “showcases the talent and excellence of chefs” around the world. Organized by GL events, the final takes place every two years in January.

During the “Tunisian Gastronomy Awards”, organized by the Tunisian Association of Culinary Art Professionals (ATPAC), which took place on Saturday November 11, 2017 during the 6th edition of “Sehra Med” at the Palais des Expositions du Sahel of Monastir (which hosted four competitions: Black box, Young talent cooking, Young talent pastry, pastry), the leader of Carmine and Sushiwan, Marwen el Younsi won his ticket for the continental final of the Bocuse d’Or which will take place at Morocco.

Marwen Younsi was part of the selection of six Tunisian chefs who could qualify to participate in the most prestigious culinary competition in the world, which will be held in Lyon in January 2019. The young chef has distinguished himself in a test of five hours on the theme “meat platter” and “fish plate” at the end of which he seduced the jury of professionals with his “Wonders of the knuckle” and “Saint-pierre low temperature”.

The international jury, chaired by Wafik Belaid, Executive Chef of the Tunis Hotel Residence, consisted of:

Lucien Veillet, President of the National Academy of Cooking (France)

Michel Jocaille, delegate of the National Academy of Cooking (France)

2nd place: Ali Dey Deli, with his “Beef of all time” and a plate “Saint-pierre low temperature, white butter with chlorophyll of rocket”

1st place: Marwen el Younsi, with his “Wonders of the knuckle” and his “Saint-pierre low temperature”.

In the profession, we like to say that Marwen Younsi is a pure product of the Tunisian school of gastronomy. A national of the Djerba Hotel School, the young chef took his first steps into the kitchens of the Radisson Blu Djerba Hotel before leaving for Thailand. It is within the VSchool that the young man discovers the secrets of Asian cuisines before returning to Tunisia. In 2013, Marwen Younsi is supported by Ilyes Belhaj, one of the pioneers of Japanese cuisine in Tunisia.

Marwen Younsi then becomes Sushiwan chef at La Marsa, renowned for the quality of her cuisine. With Ilyes Belhaj, the young chef creates an original map of burgers for the launch of a new concept of gourmet meat and burgers: The Carmine.

At 22, Marwen Younsi is well prepared to put all the chances on his side in anticipation of his participation in the Bocuse d’Or. The young chef was coached by Khelil Ben Ammar, chef at Su restaurant in Montreal. In the kitchens of Sushiwan and Carmine, Marwen Younsi has acquired the precision and taste of gastronomy.

During the selection at the Bocuse d’Or 2019, the chef was encouraged by cooks and confirmed cooks, present in number at the event in Sousse. Wafik belaid President of the ATPAC and the “team” Bocuse Tunisia says that all the Tunisian associations, the concerned ministries and all the sponsors will have to be present for this national challenge which will make it possible to promote the Tunisian youth, the Tunisian cooking and to do honor to the flag of Tunisia in the world.