Baraa : “Luxury is the modern reinterpretation of traditions” 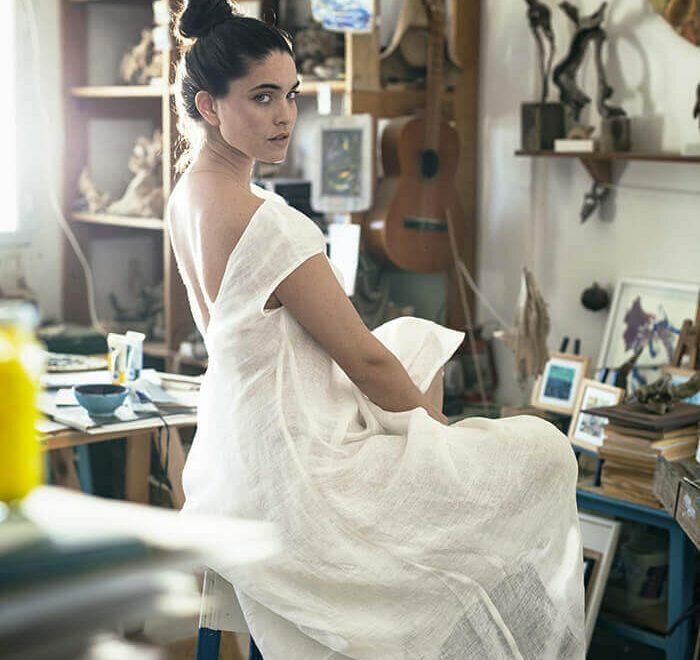 The luxury market is gradually making its way to Tunisia thanks to “Made in Tunisia” brands, which are constantly growing. From jewelry to haute couture, and in Tunisia more than elsewhere, exceptional quality and emotion, beautiful emotion, were the proven recipe of a world of luxury.

If the concept of rarity has several dimensions; for some, it means expensive products made of precious raw materials. Recently, the notion of scarcity has become more virtual, based on practices such as limited series, selective distribution, or public relations events for instance. A world in which the Tunisian Luxury (re)takes brands. While young, Baraa Ben Boubaker Gouillou dreamed of valorizing Tunisian know-how to offer a timeless and contemporary line. In 2010, she is the first Tunisian laureate of the Mediterranean House of Fashion Crafts in Marseille. This distinction opened many doors of Parisian fashion houses, and Hermès used her products which are found in the window of the famous “24 Faubourg Saint Honoré”.  Baraa’s designs are currently exported over the four quarters of the world. The queen of “haik” and designer reflects on the existence of a luxury made in Tunisia.

1001Tunisie: Is there a Tunisian luxury?

Baraa : It’s a double-faceted question. There is luxury made by Tunisian designers who shine abroad .Their products are not “necessarily” Tunisian. On the other hand, they are Tunisians who have succeeded in the world of luxury. The second question is whether the luxury “made in Tunisia”, made by Tunisians or not, can be 100% Tunisian. What counts for me is the reinterpretation of many facets of everyday life, in a sober way, highlighting the Tunisian chic. This luxury is surfing between warm Tunisian colors and contemporary straight lines. Does Tunisian luxury exist in all areas?

I’m not sure. I think that in the hotel industry, it’s “La BADIRA” in Hammamet would be the image of Tunisian luxury. That said, there is a certain “Tunisian chic” that is widespread, especially in several guest houses and many creators, whether in the world of the object or clothing. What is the selection of Baraa’s  favorite Tunisian brands in crafts, design and fashion?

“El Hanout” is the pioneer in the field of crafts. That recreates the fouta outfit. Regarding design, I would mention architect Memia Taktak. In fashion, there is Ahmed Talfit. I like how he sculpts women’s bodies. It is the one that comes closest to the ALAÏA spirit in my opinion.

Since the Marseille exhibition, a great path has been traveled. How is the brand today?

The brand has matured a lot. It travels between East and West, between Monaco and the USA. BARAA is in exchange and sharing. There were several collaborations creating emotions in the heart of the viewer ;  and in human dimension with embroiderers, creators and artists like the painter Raouf Gara who sublimated by his touch a collection of BARAA dresses The haik by Baraa is flanked today by leather, crests, silk threads … and even by painting … Is the dress by Baraa becoming canvas?  Some models are unique numbered pieces. Explain to us..

The BARAA dress is a dress that is timeless and appreciated in time. I let you imagine what it becomes when it is sublimated by a painting by Kélibia artist Raouf GARA…. By Baraa dresses are then unique pieces that are not alike. There will be 3 in the world and will be numbered! It’s more than the height of luxury! That’s  creativity!