Cavalli Roma: When the horse reconciles Tunisia and Italy around childhood 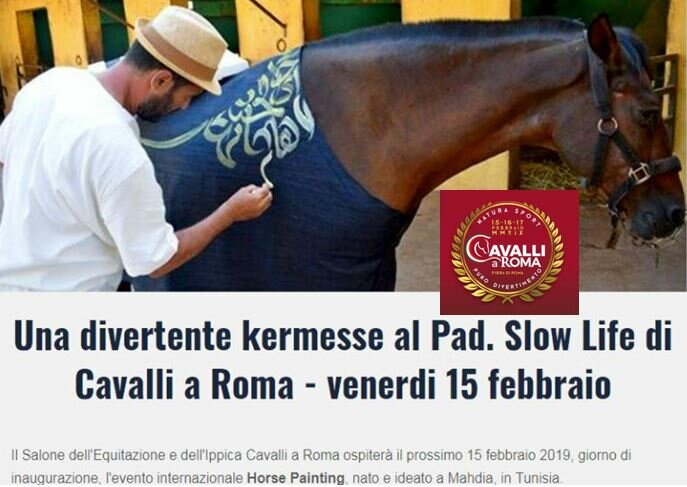 Cavalli Roma is a joint Italy-Tunisia international event, the first part of which will take place in Rome on February 15th, during the CAVALLI A ROMA Fair and the second part will be held in Tunis on February 26th. The action aims to strengthen the cultural, sports, tourism and cooperation links between these two shores of the Mediterranean.

Thanks to HE Lorenzo FANARA, Italian Ambassador to Rome, on Tuesday, February 26 at 18:00, will be held a screening-debate “Cuori alla Ribalta” (Hearts Featured) at the Institute of Italian Culture, Avenue Mohamed V number 80 , in Tunis. Organized in a joint way between the Italian Embassy, ​​the Cavalli Roma organization and the Mahdia Equine Center Association, the program of the evening is as follows:

1. Greetings from HE Lorenzo Fanara, Italian Ambassador to Tunisia

2. Screening of videos made in Mahdia and Italy

The one made in Mahdia is the result of the close equi-artistic collaboration between the association Center Hippique Mahdia and a group of young mahdois passionate about art and cinema. The video “Dream” – “” حلم tells us the story of a generational transmission of these fundamental values ​​that the family micro-community transfers to its children, allowing it then to live better in society and, all in all, to be more happy.