1001Tunisia in Niger for the promotion of the Destination 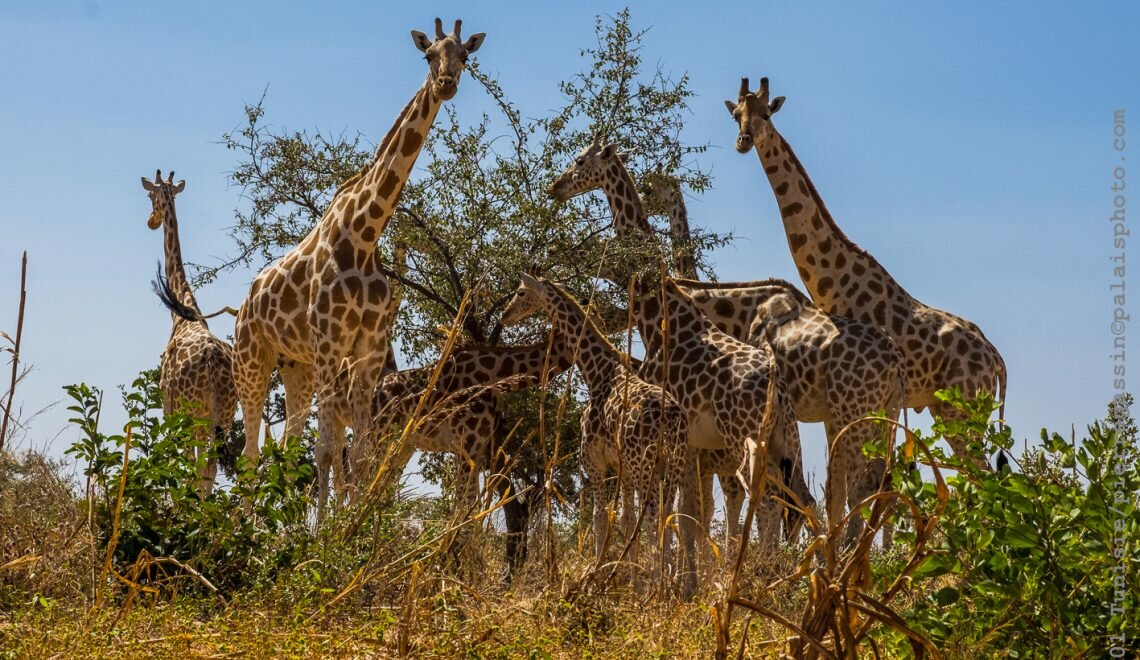 1001Tunisie left to Niamey (Niger) from February 19th to 23rd to promote Tunisia and its tourism by taking part in the Salon of Agriculture and the environment and during which Tunisia is guest of honor. To this end, 1001Tunisie has published a reprint of more than 50 pages in partnership with the Tuniso Belgo Luxembourg Chamber of Commerce (CCTBL) on the Giraffes. The CCTBL is leading a mission to promote agricultural products and the agro-food industry, with a strong participation of Tunisian operators, whose objective is to strengthen Tunisia’s positioning in this emerging market.

Territory giraffes is a project for the preservation of the endangered species and that now Niger wants to inscribe on the World Heritage of UNESCO. 60 kms from Niamey, the white giraffes of Niger are the object of attention. Endangered by the destruction of the forest and poaching, the last herd of free-range giraffes in all of West Africa is moving around the village of Kouré and Dallol Bosso, covering more than 1,700 km2.
Destined to disappear, giraffes have survived thanks to the efforts of the local population, the government and the support of various projects such as those of the Giraffes Safeguard Association of Niger (ASGN), the Association for the Valorisation of Ecotourism in Niger (AVEN) and, more recently, the Giraffe Conservation Foundation and the Sahara Conservation Fund.

Niger is the only African country to have developed a strategy to protect giraffes in the early 1990s, after having found that it sheltered the last 50 giraffes of West Africa. 1001Tunisie in Niger, for tourism? TUNISIA

We wanted the 1001Tunisie to be the showcase of this other Tunisia that carves the work of companies, associations, regions, craftsmen, men and women … 1001Tunisie. Our partners trusted us and gave us carte blanche to present various aspects of an innovative and innovative volunteer country. 1001Tunisie, today are two collections a year of a paper magazine in French and English and distributed in the most important concepts store and bookstores in the country including Rock The Kasbah, Mooja, Elyssa Crafts, The Red Bee, Maria to Djerba, Made With Hob in Sfax … On the menu of the Winter Collection 2019, you will be able to discover the exceptional roads of Tabarka or Sned Jebel, the living spectacle of a sale of carpets at the auction or the stars of the craft industry “Made in Tunisia”. If the elements tempt you, dive into the fresh water, admire the saline or go to meet the earth with Sabiha, the sorceress of pottery Sejnane recently registered with the World Heritage of UNESCO. In our new section Health and Well-being, these are the assets of a medical tourism destination that are put forward. When we talk about Tunisia, there comes to you, in the most sensitive hemisphere of the brain, a multitude of evocative images, each one more agreeable than the other. Attempt to capture some for you in this magazine is our creed. Do you expect to find giraffes? Maybe not ! It is also one of the thousand surprises that await you through a magazine carried by a team of 12 people and presenting 22 reports, 9 headings, 235 pages, several address books, more than 350 photographs by Pierre Gassin … On the other hand, 1001Tunisie, The Winter Collection 2019 breaks the boundaries with the digital and through a QR code balance to a selection of reports inspired by the capsules of “Alf thneya we thneya”, a radio program sponsored by the Arab Tunisian Bank and produced by Amel Djait and Radio Express fm.