“Tunisia is ruined, dirty or Islamist” according to Google! 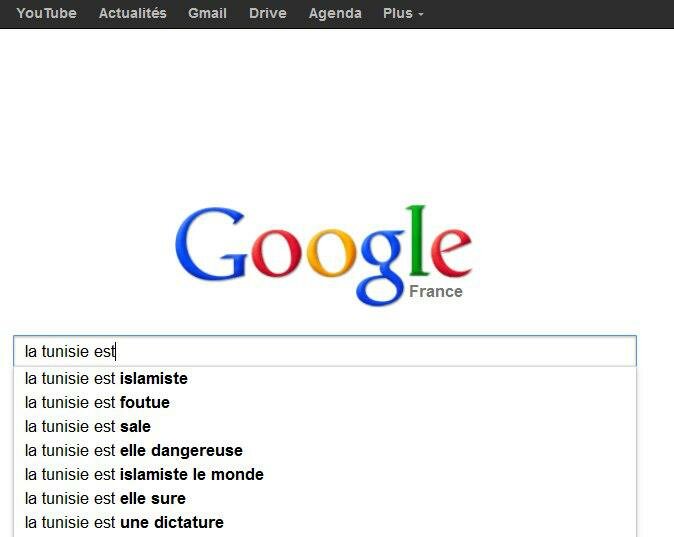 If you diligently follow the debates in the Constituent Assembly or insulting statements, violent and contradictory policies, Tunisia gives you the same image. That of a country in chaos.

And these are not the last images of smoky Djerba la Douce following incidents Guellala that will overshadow those of the attack on the Embassy of the United States of America. The whole world is still horrified by the rape of a young woman by two police officers. A case that has gone around the world from Brazil to Australia, via New Zealand, China …

Tunisia inspired the world and welcomed by the whole world for its revolution is a distant memory. The perception that one has of the country in today’s day and a few days before the deadline of October 23 is that of a country plagued by poverty, increased violence, the rise of fanaticism, the incompetence … An immeasurable mess!

According to the reading of the events and the most enthusiastic, the situation is serious but Tunisia does not capitulate. The battle is in full swing and civil society resists, fights and lets nothing when their rights and aspirations.

If the future is written now, tomorrow and even if the objective is only to preserve the achievements as recently said Noomane El Fehry, MP Al Jumhury, it is undeniable that the e-reputation of the country took a sudden … Let’s hope it is not fatal!

Let’s hope that the authorities concerned are aware of the severity status of the digital fingerprint of the country … But, until Tunisia is dirty, dangerous …