Tourism Tunisia-Algeria: Could do better 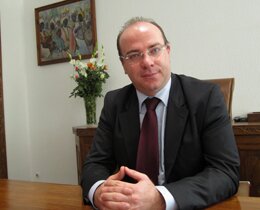 In fact, “tourism cooperation between Tunisia and Algeria remains below the ambitions,” noted the tourism ministers of the two countries, opening Wednesday in Algiers, the second session of the Joint Sectoral Committee tourism cooperation.

Elyes Fakhfakh, Minister of Tourism, announced on the occasion, the upcoming implementation of a study on the Algerian market, “to determine the expectations and motivations of tourists, in order to provide the most appropriate responses at home, living conditions and services. ” He, too, said the Tunisian border posts will be subject to renovation and expansion, in order to guarantee the best conditions of transit of Algerian tourists, 90% access to Tunisia by land.

The Minister informed Moreover, the Algerian side that “Tunisia will present its candidature for a seat in the Executive Council of the World Tourism Organization, at the meeting of the Africa Committee of the WTO, to be held in 2013 in Tunis. ”

For his part, Mohamed Ben Mouradi, Algerian Minister of Tourism and Handicrafts has evoked “the existence of several delays in the bilateral cooperation between the two countries,” stressing the need to accelerate the process of cooperation, particularly in terms of exchange of expertise, training of human resources and tourism development.

He called then both countries professionals to get closer to initiate a real dynamic. Meanwhile, in the Algerian media, Tunisia holds the upper hand and articles on the deteriorating cleanliness of cities and the deteriorating security are frequently treated subjects. Subjects that do not result necessarily want to go to a country rocked by unrest wake of old demons for a population still bruised by the rise of religious extremism.