The Chinese are already in Egypt and Tunisia? 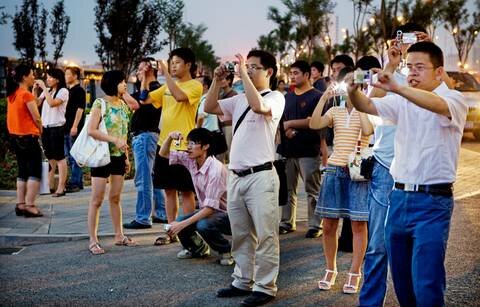 In the short term, the country of pharaohs is to attract more 250,000 Chinese tourists in Egypt in 2013.

For this, activation of tourism  and aviation agreements were signed between the two countries regarding the implementation of the Executive Plan of the Organization of tour by Chinese groups in Egypt. A broad co-marketing campaign with leading Chinese tour operators were also initiated.

The national airline Egyptair will increase from the beginning of November, the number of its flights to Beijing and Guangzhou. They will go from two to four per week. An agreement with the Chinese airline “Haynane” begins scheduled flights to Egypt, was also signed, and should begin before the end of the current year. In the same context, the visa matter was resolved, as Chinese tourists in getting the group upon arrival in Egypt. The goal now is to make 2013 the Year of Chinese tourism in Egypt not only for cultural sites but also for the seaside resorts of the Red Sea.

It was ten years ago, that the Tunisian tourism saw China as Eldorado. There was talk of a target of 50,000 Chinese tourists per year. The destination has barely attracted 5,000 clients per year, while the Chinese market soared.

What has changed today? Not much at the Tunisian offer but the eyes of the Chinese and their way of understanding the journey that certainly changed. Tunisia attracts and arouses curiosity and interest but has still failed to take advantage.

The World Tourism Organization (UNWTO) announced that China should be a source market of 100 million tourists by 2020.