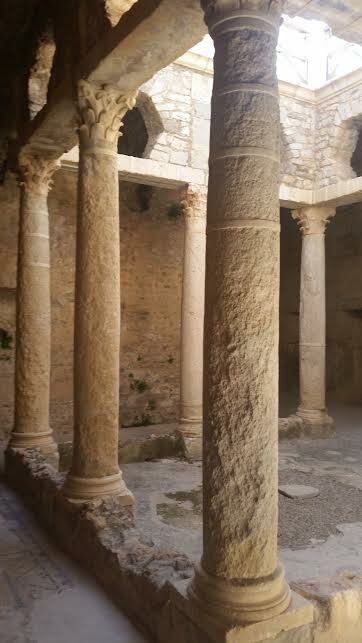 The archaeological site of Sbeitla is one of the most beautiful and prestigious archaeological sites in Tunisia country.
Thanks to its geographical position and its olive wealth Sufetula, first Flavian colonial creation , then Roman colony, soon became a thriving city that stirred up all desires. This prosperity, is felt and discovered on arriving at the archaeological site that requires at least 2 hours to see the most important buildings. For its size, its wealth of monuments, the theater and its famous underground houses, the arch of Diocletian, the aqueduct, theater, fountains, baths, the site explains the power of the region and its dignataires .
The site of the museum as well capsienne exposes the prehistoric period, that of the Libyan megalithic period, steles, marble busts of gods, mosaic from the Roman period sarcophagi and funerary inscriptions of the Christian period