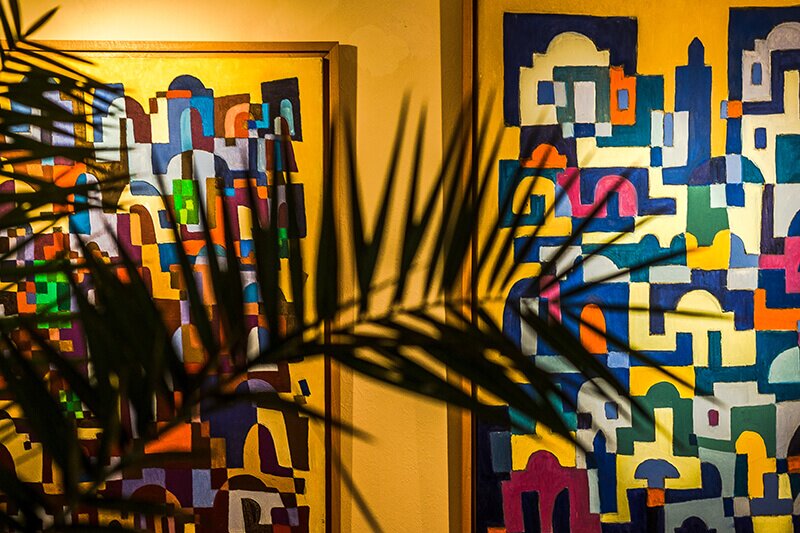 Harmony is when arts, culture and tourism are intertwined : discover the Hasdrubal hotel!

Tourism wasn’t always about selling, buying, and making profit. Prior to the 20th century, there was a time when wanderers would travel for the sake of discovering new places, and nothing else. One can think of Flaubert, Delacroix, or Shimanovsky, being respectively great names in the literature, painting, and music areas. All of them traveled and depicted their journeys in their works. Famous Swiss/German painter Paul Klee explored beautiful Tunisia and  left his mark in Hammamet. Is the link uniting culture and tourism obvious? One can only answer with a big “YES!” seeing the Hasdrubal thalassa and spa hotel, located in the coastal area of Yasmine El Hammamet.
The breathtaking establishment gathers a white-sand beach touching limpid azure water, with the calmness of the Hammamet bay shrouding its white constructions. The crown jewel of the Hasdrubal hotel is its art collection. Founding President Mr. Mohamed Amouri is very proud of the collection that brings together, among others, Tunisian, Algerian, Moroccan, Iraqi, and French artists, such as Aly Ben Salem and Hassen Abd Alwan. Viewers of such masterpieces are not less famous that the painters themselves. Prince Nayef Ibn Abdulaziz, singer Isabelle Adjani, and famous showbiz couple Johnny and Laeticia Hallyday are among the visitors.