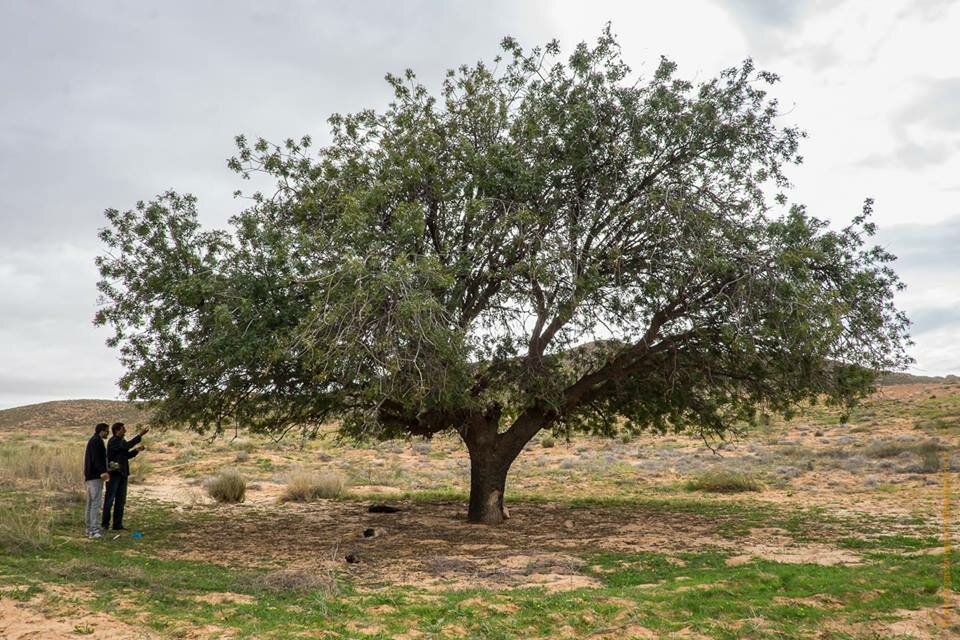 In a region where rainfall is rare, precious water and drylands, the pistachio cultivation may seem surprising! Yet alongside the palm and olive, pistachio has a special place for farmers of Gafsa.

And for good reason!

Mothers in this region, when to wean their baby, added small doses of finely ground pistachio a few drops of olive oil and gave it to their babies to stimulate their intelligence . This shows how the Gafsien is used to the taste of this fruit known to have antivenin virtues tonic, liver and analeptics.

Two varieties of pistachios divide the production of the Gafsa region; the “Matri” and Gtari “(pure product of the soil). Not consuming much water, pistachio cultivation was abandoned in the early century in the area but returned to fashion in recent years. The State encourages production annually by putting some 300,000 plants available to farmers. in the region some trees are centuries old and others have recently been planted. Know that a pistachio tree takes 15 years to be really productive and continues to bear fruit for hundreds of years.

Mentionned in the Arabian Nights, popular in antiquity – the famous Queen of Sheba would have declared royal fruit – Pistachio has conquered all the world’s cuisines. symbol of health, happiness and luck in China, popular in India to arm themselves against the cold of winter or undisputed star of European aperitifs, pistachio is consumed internationally and in large quantities.